You are here:
About PilatesCOVID-19 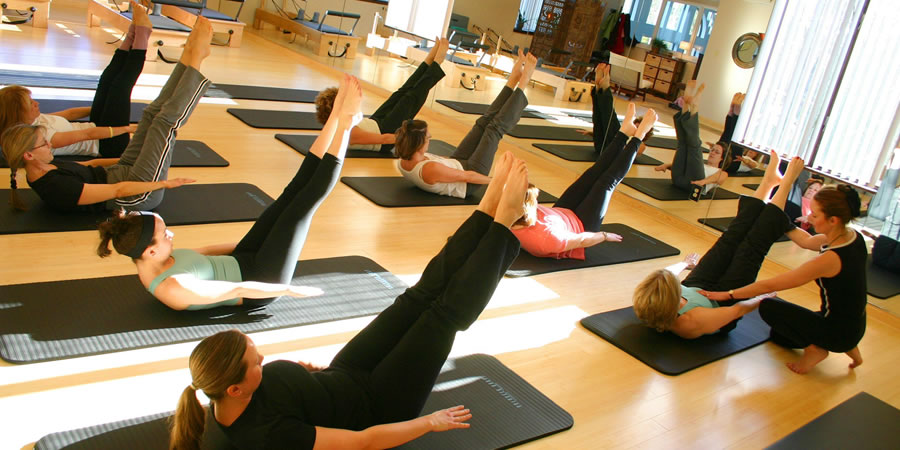 During 24 days in February and March, 112 people were infected with the Covid-19 virus in South Korea after participating in or associating with participants in Zumba classes, according to a sobering new epidemiological study published in Emerging Infectious Diseases.

The study, which traces the start of the illness cluster back to a one-day instructor workshop held in mid-February, raises crucial questions about the risks of infection during group exercise classes and whether and how such workouts might be made safer.

Across the country, fitness facilities are reopening now after lengthy closures because of the coronavirus, prompting some predictable concerns among members about safety. Recently, I wrote about ways to minimize infection risks at gyms if you are weight training or using exercise machines, like treadmills.

But, by their nature, group exercise classes could present unique and daunting challenges to infection control, as the new South Korean investigation suggests. In that study, epidemiologists affiliated with Dankook University College of Medicine in Cheonan report that they became aware in late February of a new, confirmed coronavirus case in Cheonan, a populous city about 50 miles south of Seoul, the nation’s capital.

By tracing that person’s contacts and following up on other newly confirmed cases in the city, the researchers discovered that the common thread connecting the infections was Zumba. Popular in South Korea, these fast-paced dance classes are prolonged — lasting for close to an hour — often crowded and punctuated by instructors’ shouts and participants’ heavy breathing.

Digging farther, the scientists tracked the earliest, precipitating coronavirus cases to a Zumba instructor-training course held on Feb. 15 in Cheonan. Of the 27 newly minted Zumba teachers attending, eight later tested positive. But in the meantime, they taught classes, without wearing masks and, in a few instances, while coughing.

Within about a week of participating, 54 of their 217 students tested positive, for an “attack rate” of about 25 percent. (An attack rate represents the percentage of people exposed who become infected.) Soon afterward, more than a dozen of the students’ and teachers’ family, friends and acquaintances also tested positive. All told, 112 cases were traced to indoor dance classes at 12 different gyms. Most of the resulting illnesses were not severe, but some led to pneumonia.

“It is thought that hyperventilation caused by severe exercise in a confined space may be the reason for the extremely high attack rate,” says Dr. Ji-Young Rhee, a professor at Dankook University College of Medicine and senior author of the new study.

But if those findings sound concerning, the data did contain some bright spots. The epidemiologists uncovered zero cases resulting from classes with fewer than five students per session or from low-intensity yoga or Pilates classes, even if they were taught by an infected instructor.

Over all, the study offers both cautions and guidance for anyone considering an in-person return to dance, yoga, boot-camp or similar group exercise classes, both the authors and other experts agree. “Exercising in a gym will make you vulnerable to infectious disease,” Dr. Rhee says. But limiting class sizes and sticking with low-intensity exercise, which entails little heavy respiration, might help to lessen viral transmission.

Proper air circulation also is essential, says Linsey Marr, a professor of civil and environmental engineering at Virginia Tech University, who studies airflow. She was not involved with the South Korean study but read it at my request. “I have actually thought about this issue a lot,” she says, “because I’m an avid CrossFitter and I want to get back to my routine. But I think indoor exercise classes can be conducted safely only if there is sufficient ventilation with outdoor air, not recirculated air.”

To reduce infection risks from airborne virus particles, she says, the current recommendation for airflow calls for about 10 liters of outdoor air per second, per person in the room. In practice, the more people in an exercise class, the more outside air needs to be flowing in and out. If you are returning to the gym or workout studio, ask your facility’s manager about their ventilation system. If the air-conditioning system does not draw in air from outside, request that the staff open all available windows and doors.

Social distancing remains necessary, too, which means class sizes almost certainly will need to be smaller than they might have been in the past. “Relatively large numbers of participants, all breathing heavily in a small space, provides ideal conditions for viral spread,” says Alexandro Andrade, a professor of exercise science at the State University of Santa Catarina in Brazil, who studies the effects of air quality on health and physical performance.

Masks or other facial coverings are likely to be required during classes, depending on local regulations or facility rules, and should be encouraged everywhere, Dr. Andrade says.

Moving group classes outside, too, if possible and practical, could bolster natural air flow, widen interpersonal spacing and drench the class in sunlight, he says. But avoid outdoor classes if they are conducted between high walls or buildings, since those bulwarks prevent the breeze from dispersing people’s expired breaths.

Healing Your Mind And Body With Pilates
August 15, 2022