Pilates for cyclists: is it worth it?

You are here:
Fitness & SportsTips 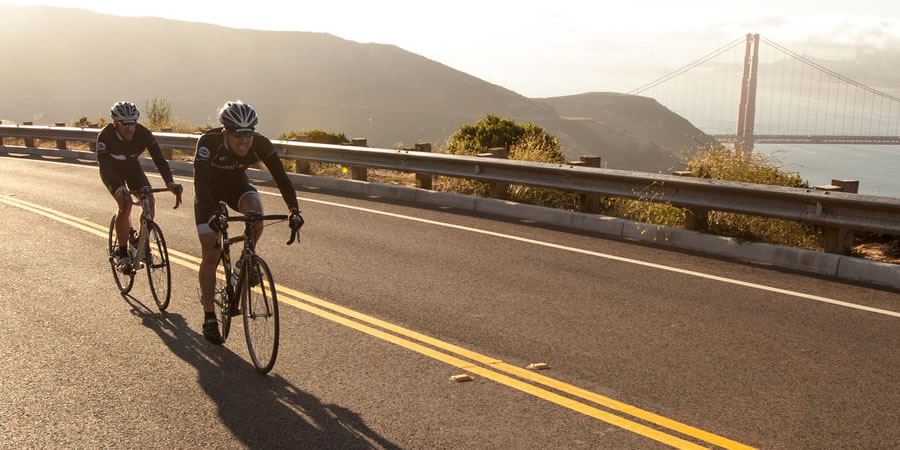 But what about an activity that develops core strength, stability and motion control? Could pilates be a worthwhile addition to your training?

Pilates was developed by German gymnast Joseph Pilates in the early 20th century as a method of using the mind to help control postural muscles.

The activity is recommended by the NHS and British Heart Foundation for general health; it helps to improve core stability but is also useful for general conditioning and injury rehab.

Lynne Robinson, who has practised pilates for over 20 years and is the founder of the Body Control Pilates centre in London, told CW:

“For a cyclist, we would work principally on your pelvic and lumbar stability so as to help control the muscles around the pelvis and the lumbar spine. It’s a matter of becoming stable while also mobilising the hip joints — getting that balance between the two.”

Core stability plus hip flexibility is integral to producing power on the bike, so it stands to reason that pilates could be effective. Can pilates also help with common cycling injuries such as lower back pain, hip pain, and knee pain?

“Because pilates improves core stability, yes, it can definitely help reduce back problems. Also, by working on your glutes, we can help prevent some hip problems as well,” said Robinson.

Pilates is no longer the preserve of trend-following health fanatics; it is gaining popularity in pro cycling. Former Cannondale-Drapac rider Tom Danielson published a book called Core Advantage, which included a section on pilates.

Robinson added: “It’s the precision of pilates that is so valuable to cyclists, and it’s because we’re working on motor and movement skills relevant to cycling.”

Pilates might not be the centrepiece of your training schedule, but it is certainly worth considering, particularly if you suffer from back problems.

“I’m biased,” Robinson admits, “but if you want to prevent injuries, improve your performance and cycle pain-free for longer, pilates is the way forward.”

7 Tips for Getting Back Into a Workout Routine if the COVID-19 Pandemic Disrupted Yours
October 25, 2021

Basic Body-Weight Exercises You Can Do Right Now
September 23, 2021