The devices of the PILATES method: “Universal Reformer”

You are here:
Tips 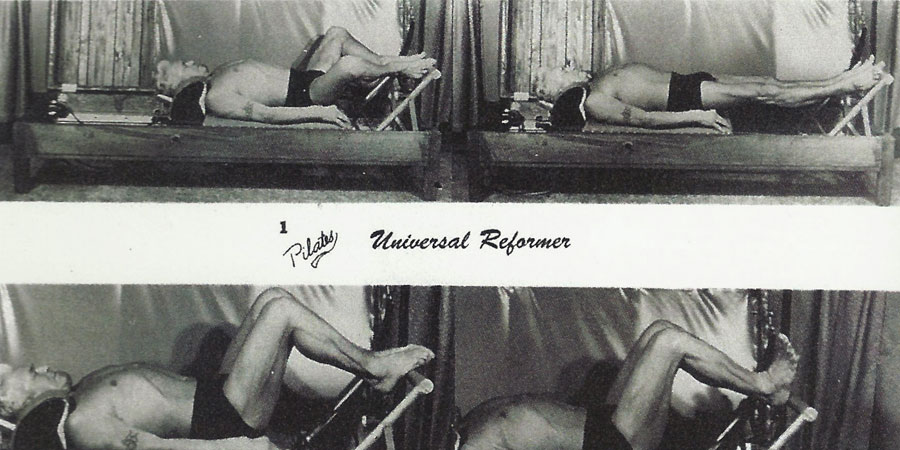 The Pilates Method is not only developed on the mat, but there is a large number of equipment designed to help us in the execution of this system. Joseph Humbertus Pilates, son of a gymnast of Greek descent and his mother, a naturopath of German descent, was the creator of one of the most effective training systems in history. Being a fragile child, who suffered from asthma and rickets, he did not enjoy a simple childhood, this impelled him to try to improve his physical condition, beginning the history of this method.

Joseph had a brother named Fred who was a carpenter and was instrumental in carrying out the construction of Pilates equipment. He was in charge of developing the patents of these pilates equipment invented by J.H.Pilates. “The Barrel, Trapeze or Cadillac Reformer, Foot Corrector, Universal Reformer, Wunda Chair”, among others, that we use in our classes today and that are necessary when designing a Pilates studio.

In the year of 1924, he created his best-known device “Reformer Universal” today known only as Pilates Reformer, which consists of a flat platform in the shape of a bed that slides from one side of the frame to the other thanks to small wheels. This allows to work several parts of the body and muscle groups at the same time, manages to increase strength, flexibility and coordination. Later his brother Fred helps him improve his design, replacing the column of weights originally installed by springs, placing the frame closer to the ground, and incorporating leather straps to imitate the movements of the oars. The repertoire of exercises that he developed to execute in the Reformer, he called them “Corrective Exercises”.

His idea when creating these devices was to correct and improve posture and control of breathing, an objective that is achieved by performing the exercises that allows the Universal Reformer.